Firstly, where did October go?! And secondly, how are there only 8 weeks until Christmas…madness! Mind you, that’s not a bad thing as I love the countdown to Christmas 🙂 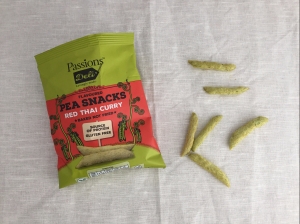 These taste just as interesting as they sound, whenever I’m eating them I always get someone asking me about them! I love the fact that they’re made from marrowfat peas, which ups the protein intake, but also it makes them a healthier alternative to crisps. Whats more, they’re baked so they’re no way near as greasy as regular crisps making them the perfect snack. I’ve never tasted flavours like this in any crisp, so worth a try. 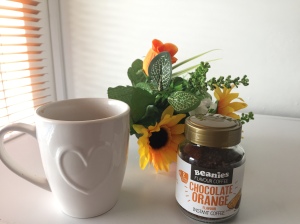 Personally, I’m more of tea kinda girl, but this chocolate orange Beanies has me questioning. Admittedly, the taste is rather subtle but I think this suits something as strong as coffee, although you do still get that chocci orange aftertaste. I love the sound of a few others in their range of strange flavours such as pumpkin spice and cinder toffee which I shall be giving a go. 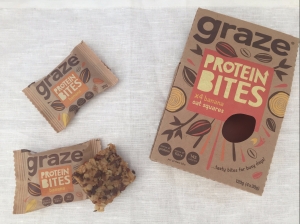 I was curious after seeing these in my local Tesco, and of course had to buy them especially as graze are renowned for their quirky snacks. The banana flavour actually tastes natural, unlike that artificial banana flavour. You most certainly can’t go wrong with the oat and banana combo, and these certainly do it justice. Also, the packaging is pretty cool with its whole organic theme (such a sucker for nice packaging!). 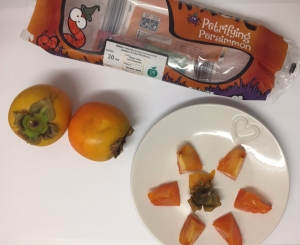 Am I the only one who has never heard of this fruit?! When I googled it, it’s also called Sharon fruit…which I have heard of :’) The only way to describe this fruit is that it’s like a sweet pear/kiwi. I added slices to my porridge and pancakes, but for me, the fruit is way too sweet…and that is saying something! 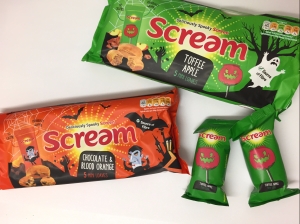 These loaves came in toffee apple or blood orange and chocolate flavours. I love the cake-like texture of Soreen, and when combined with their autumn-inspired flavours, it takes it to the next level of cakey-goodness 😉 Both flavours taste amazing, but I preferred the toffee apple. 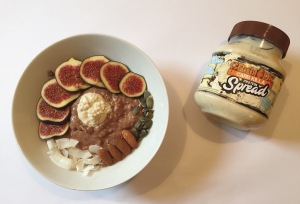 This stuff is actually amazing (and so addictive)! I’ve been adding it to pancakes, porridge, toast and smoothie bowls…just about anything I can. It is quite pricey at £6.00 a jar, but it tastes just as good, if not better than their grenade protein bars.

Thank you for reading my October foodie finds…now let the Christmas countdown begin,

View all posts by jazzybfit

Hello! I’m Jazzy B and welcome to my blog, the home to all things healthy and tasty eats.